> In the mech, you're a legend. You drop into battlefield and turn the tide like cavalry of old. The infantry look up at you in awe and will toast to your arrival to their last days.

> Outside the mech, you're like everyone else. Bullets and knives bleed you just like the rest. If not for your L.I.G.H.T. you'd be dead a dozen times over most like.

> Too bad you can't be mounted all the time.

Gather a fireteam, GM, & a handful of d4's and get ready to drop, Pilots.

Boots On the Ground! For the rough & tumble times when you've gotta get out there and just do it yourself outside the protection and majesty of the mech. It's not easy but some jobs require a personal touch.

Gears Up! The good stuff. Mech time. When you get to be the big damn hero. 40' tall, carrying a cannon, and armored to next week there's not much that scares you now.

If you are interested in PILOT'S LIGHT and cannot pay the minimum listed price at this time feel free to grab a Community Copy made available with each purchase of the game. 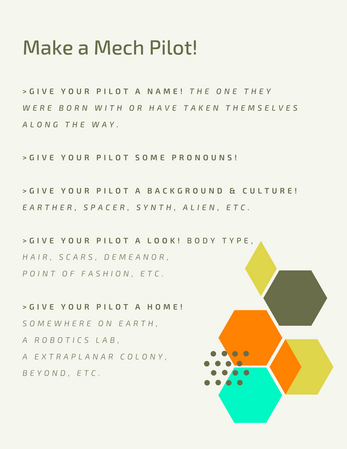 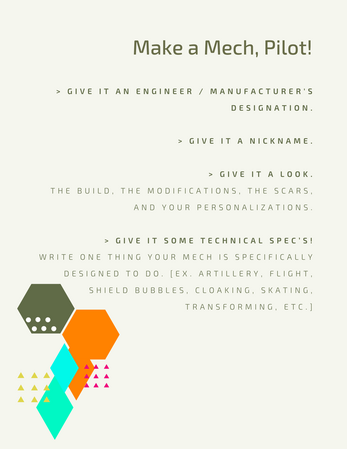